TOD has become a more understood concept, and examples of it exist in cities all over the world. This section provides a brief overview of examples that demonstrate how TOD principles can be applied on a neighborhood or a city scale. For more project and street-level examples of TOD measures, visit the TOD Standard Framework page.

In Tirana, Albania, bringing play to every neighborhood made urban space more livable and community-centered.After the fall of the Communist government in 1992, urban development was unplanned and scattered in Tirana. Informal development coupled with a population that quadrupled over two decades evolved into a car-choked city in need of a holistic approach to land development and urbanization. 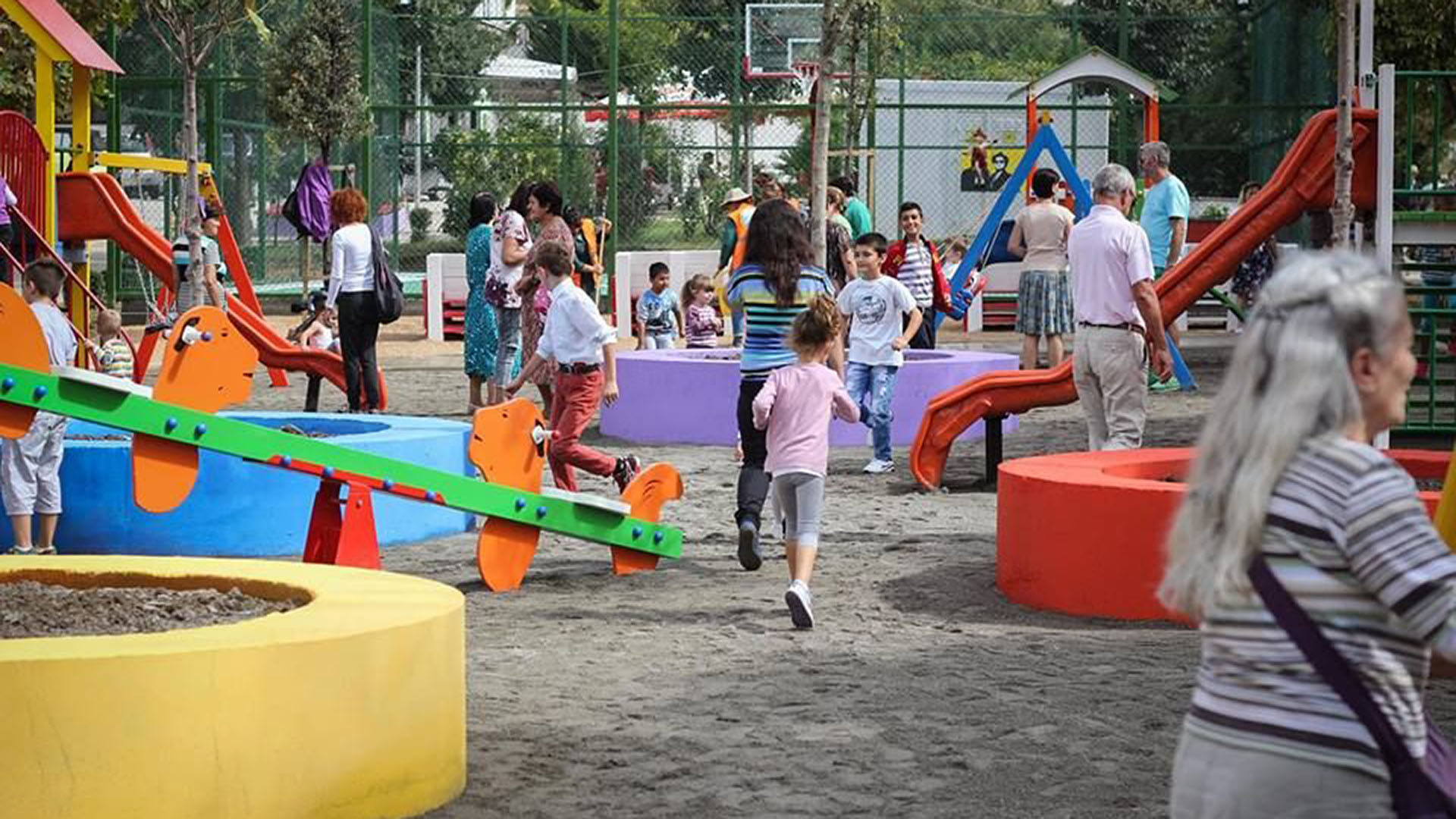 The city government sought to address these issues by centering urban development programs around livability, walkability, and inclusive access. In particular, the Tirana government utilized vacant lots (most formerly used as parking) throughout the city and turned them into 33 public places for families and children. These public areas now provide safe and sustainable space for both children’s play and adults’ leisure. 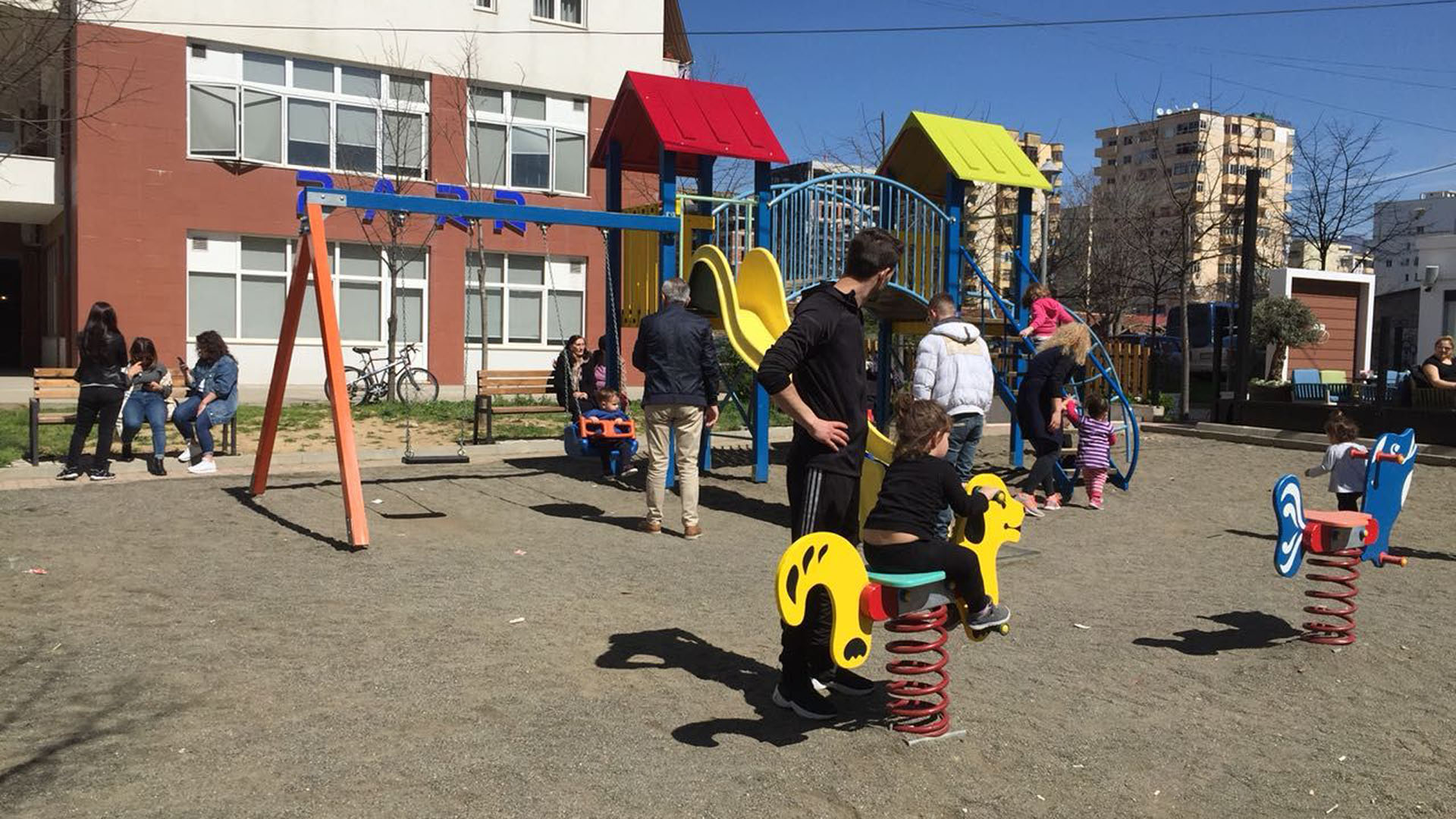 Prioritizing spaces for walking and cycling in a complete neighborhood.

Walking and cycling have been the predominant methods of transport in Sunter Jaya due to its narrow and widespread pathways. These pathways provide short and swift connections to services for all residents, and particularly for those who may find it more difficult to travel long distances otherwise. However, the increase in motor vehicles and motorcycles competing for space on the small roads made pedestrian safety a major concern. 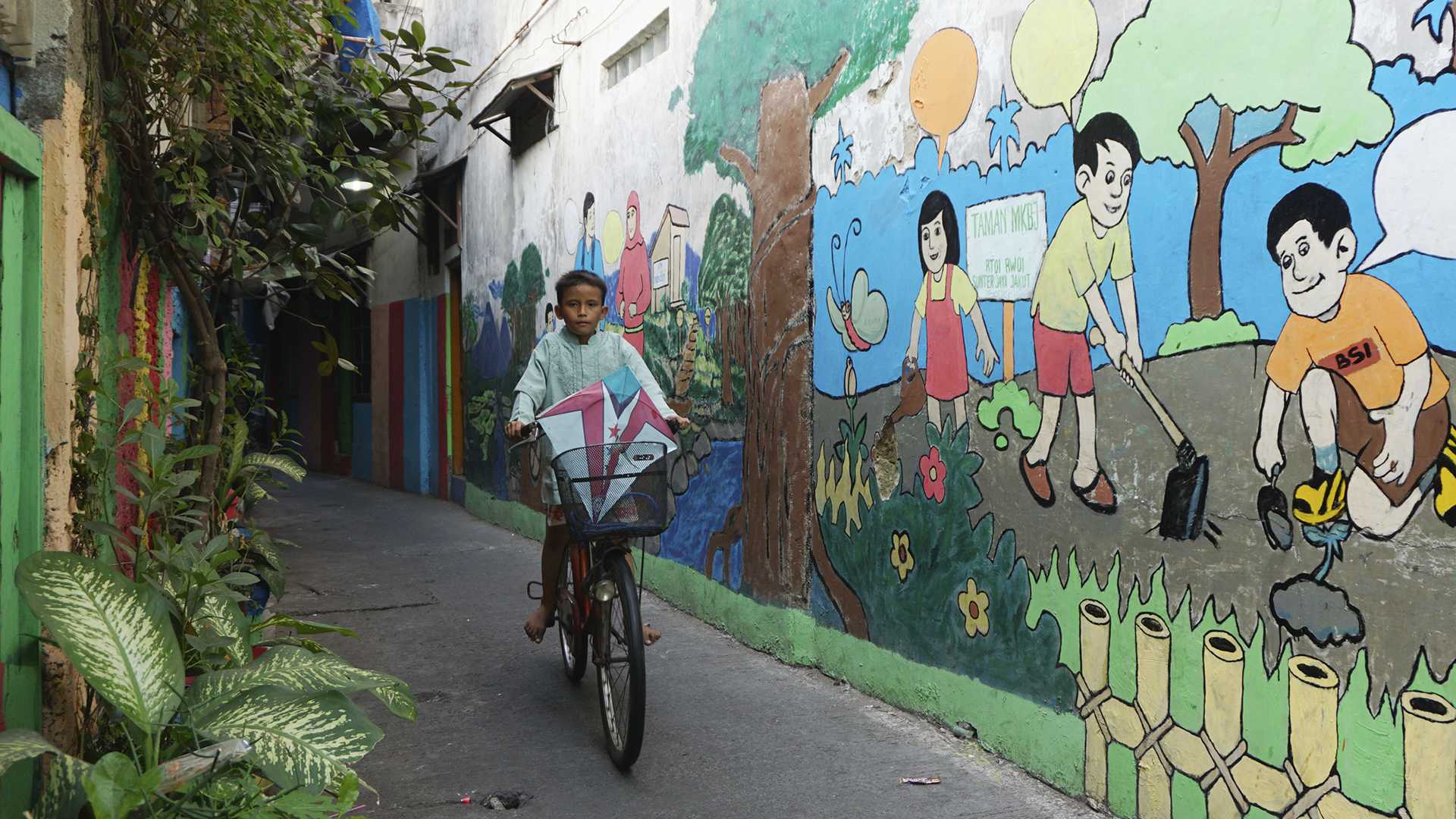 To bolster safer mobility in the community, women- and youth-led citizen-participation groups designed interventions that incorporated parking management tactics and street frontage improvement. Many of these interventions built on preexisting elements in Sunter Jaya that already embodied TOD principles (e.g., small blocks, mixed-use, and use of greenery as natural buffers and enhancements to street frontage) and amplified the use of these areas for children. For example, the group designated local streets to be repainted to delineate space for pedestrians, motorists, and even play spaces. These painted designs demonstrated where motorcyclists can travel and at what speeds. The citizen group’s advocacy also led to support for bringing the Bus Rapid Transit line to serve the neighborhood, thus reducing time and distance for longer trips across the city. 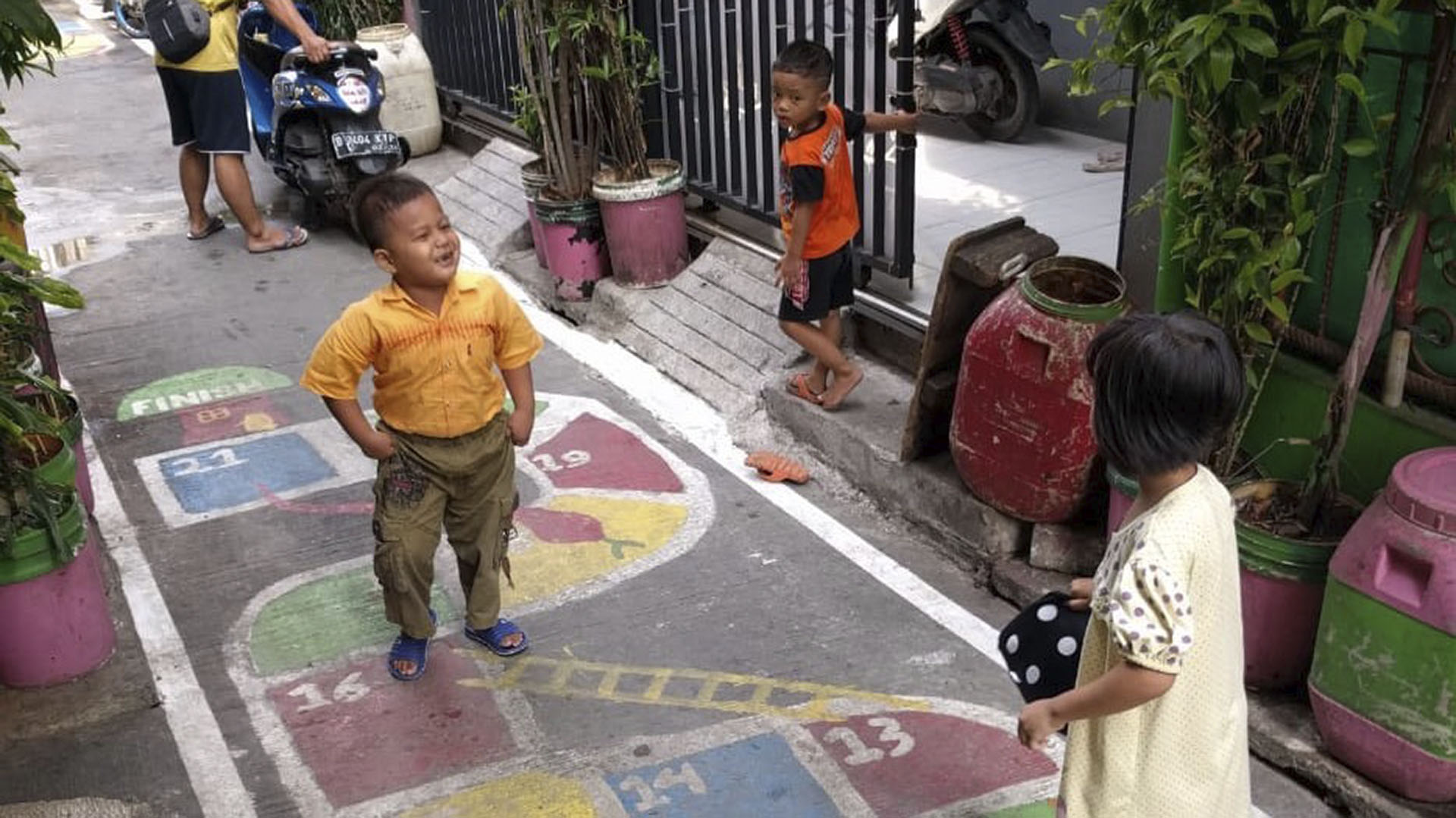 Offering a comprehensive cycleway system by integrating with public transport and urban development.

The Brazilian city of Fortaleza created a bikeshare network that connected a web of sustainable transit options within the city. In Fortaleza, streets were very congested and unsafe traffic conditions meant high death rates for pedestrians and cyclists. The city’s special traffic safety plan developed a set of programs to address these issues. A designated cycling management department expanded cycling infrastructure and bikeshare programs to promote safety, intermodality, and integration. As a result, the city saw a 280 percent increase of cycling networks and bikeshare systems in just six years. 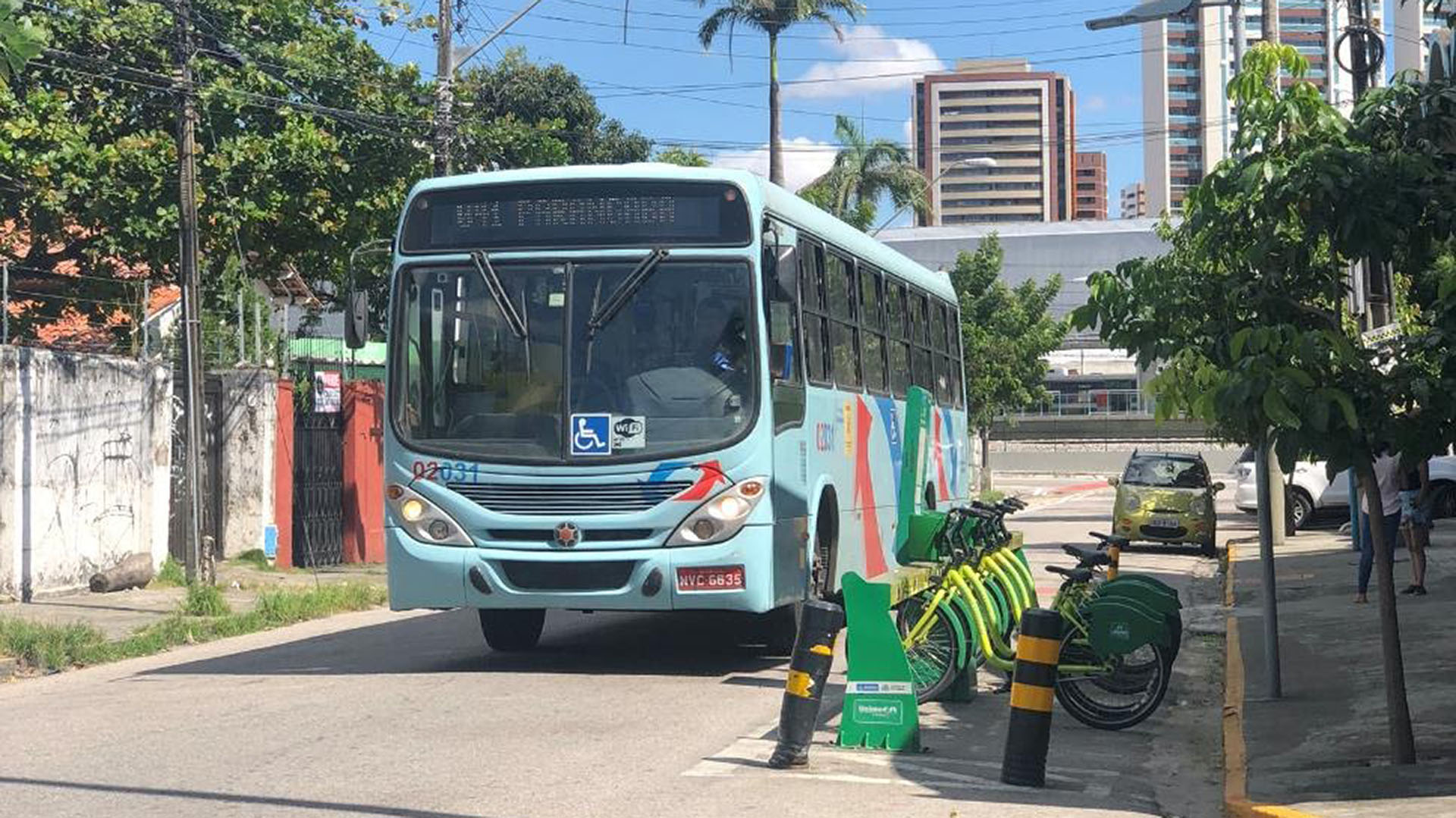 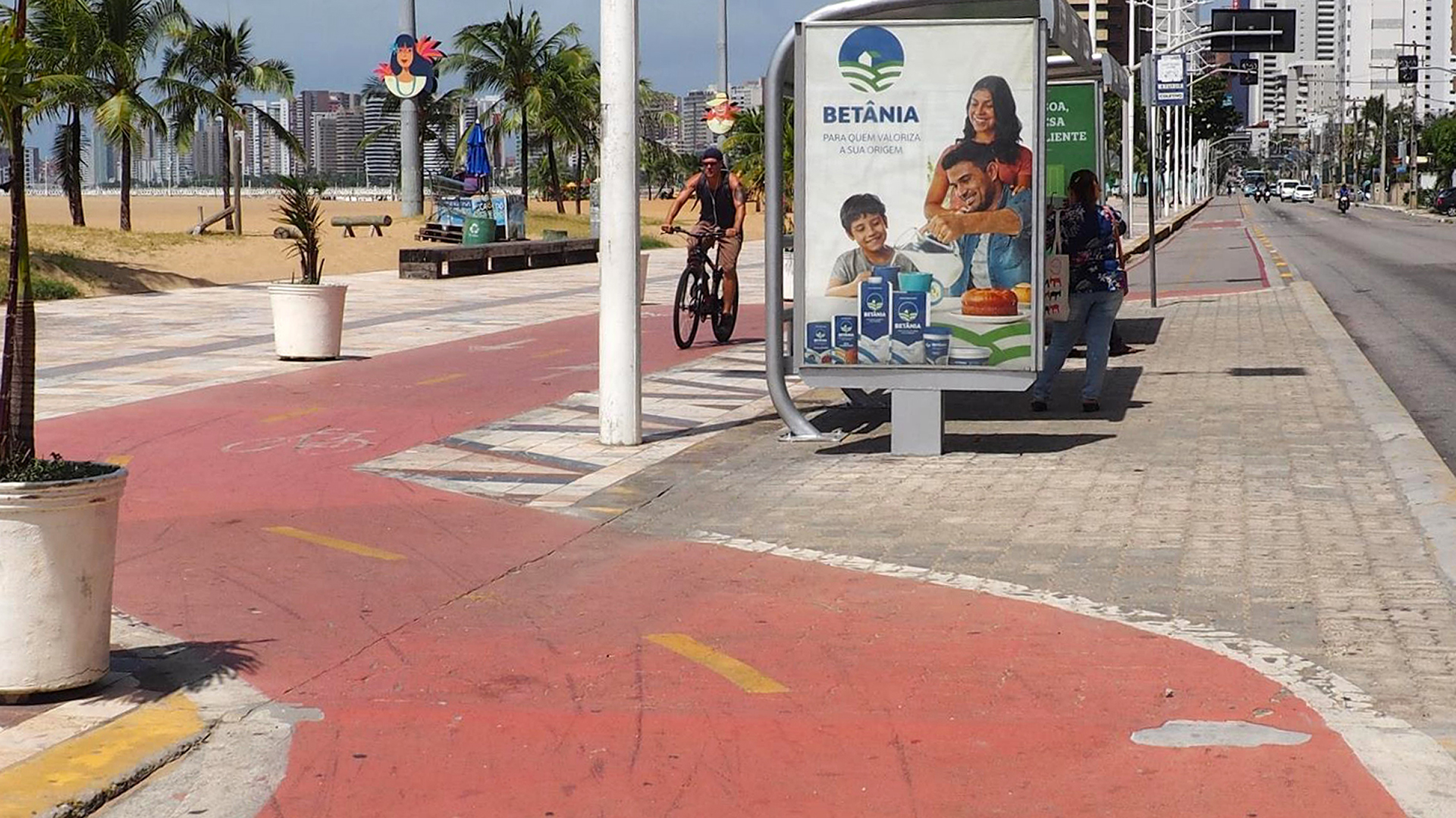 Fortaleza’s bike-share system offers bike rentals overnight and extended rentals up to 14 hours to help riders get to and from bus terminals. At many bus and light rail terminals, there are both short- and long-term bike rental options. In addition, the city also offers bike-share for children, with stations strategically located near public plazas. 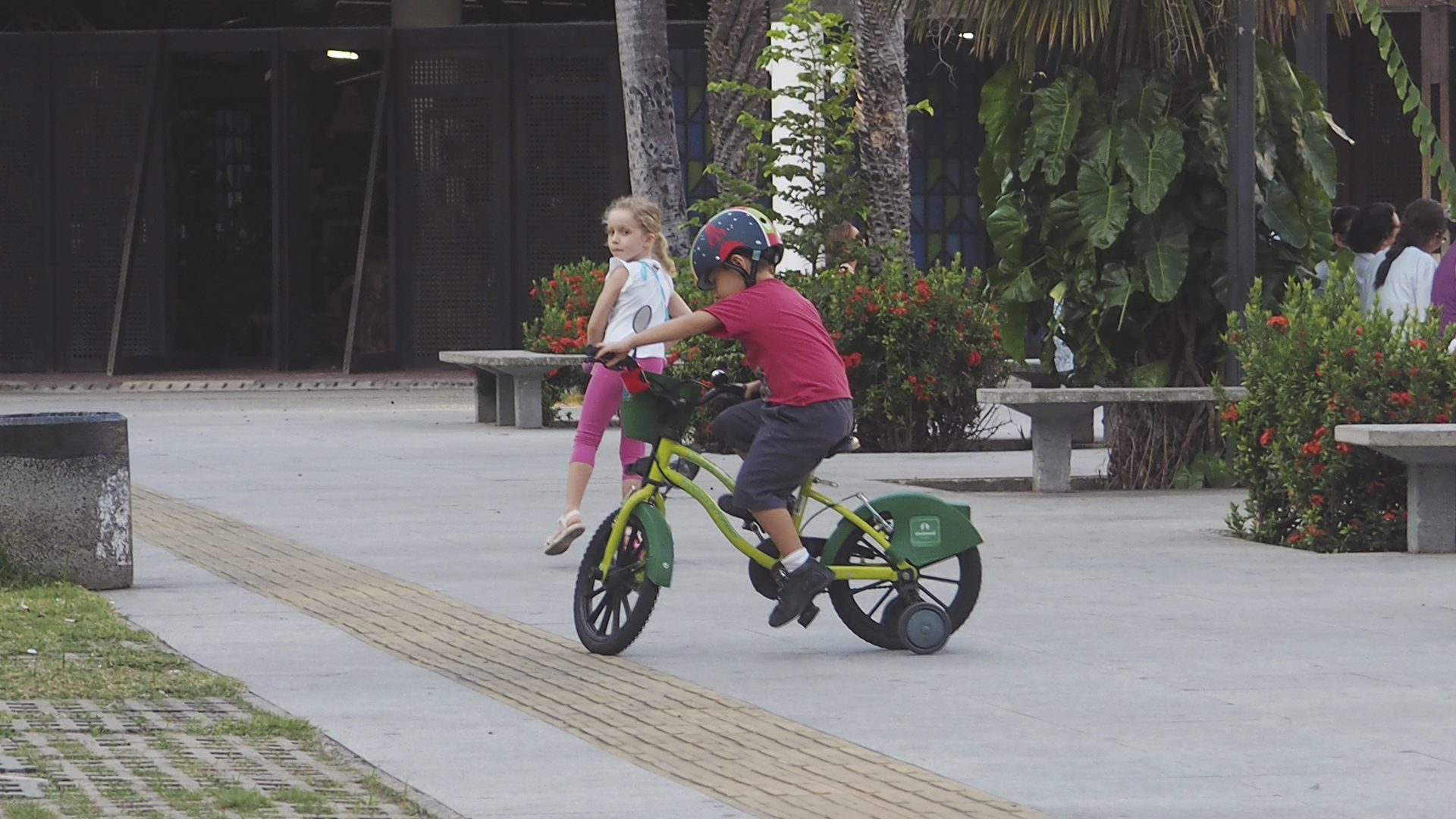 Improving the pedestrian realm to facilitate safer mobility and better access to services.

In Pune, India, roadways once dominated by motorized vehicles have been transformed into complete streets with pleasant spaces for pedestrians. 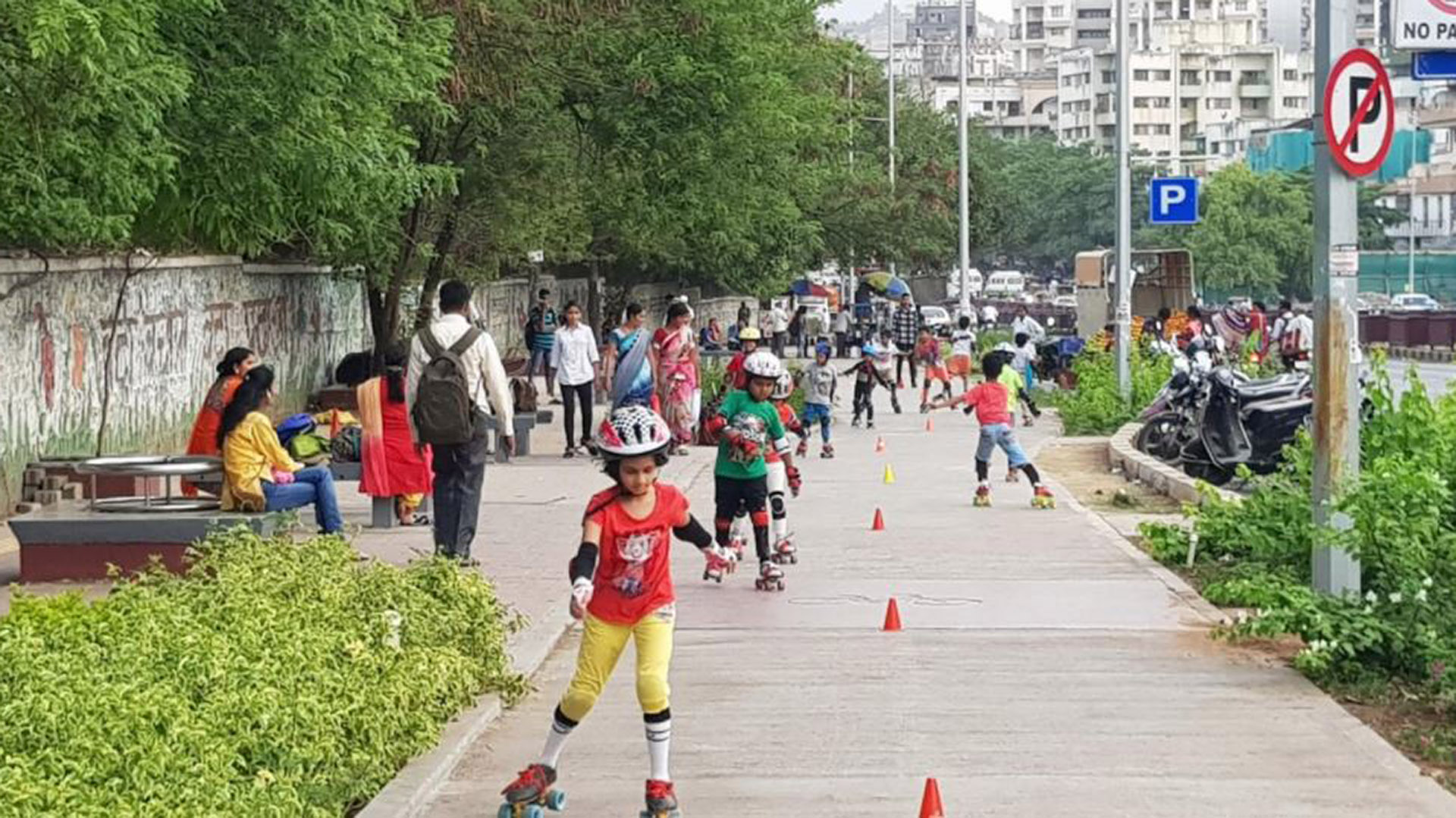 Pune is one of the most livable cities in India, and recent pedestrian improvements further improved the city's quality of life. Beginning with Pune’s Comprehensive Mobility Plan, the city has adopted multiple city-wide plans that integrate cycle network development, pedestrianization, and public space development. As a result, 65 km of streets were retrofitted to make safe, walkable space available for pedestrian travel and leisure. 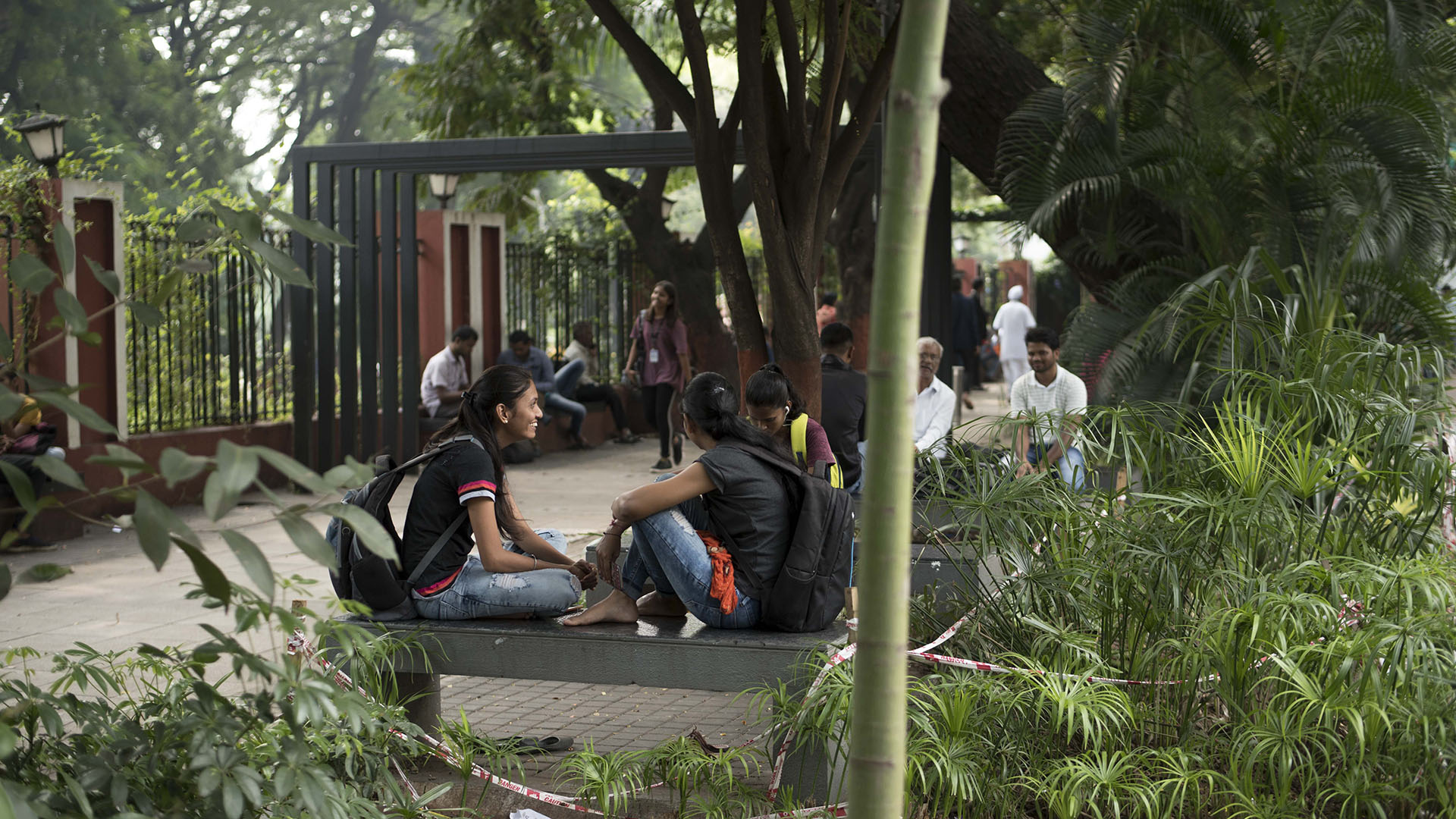 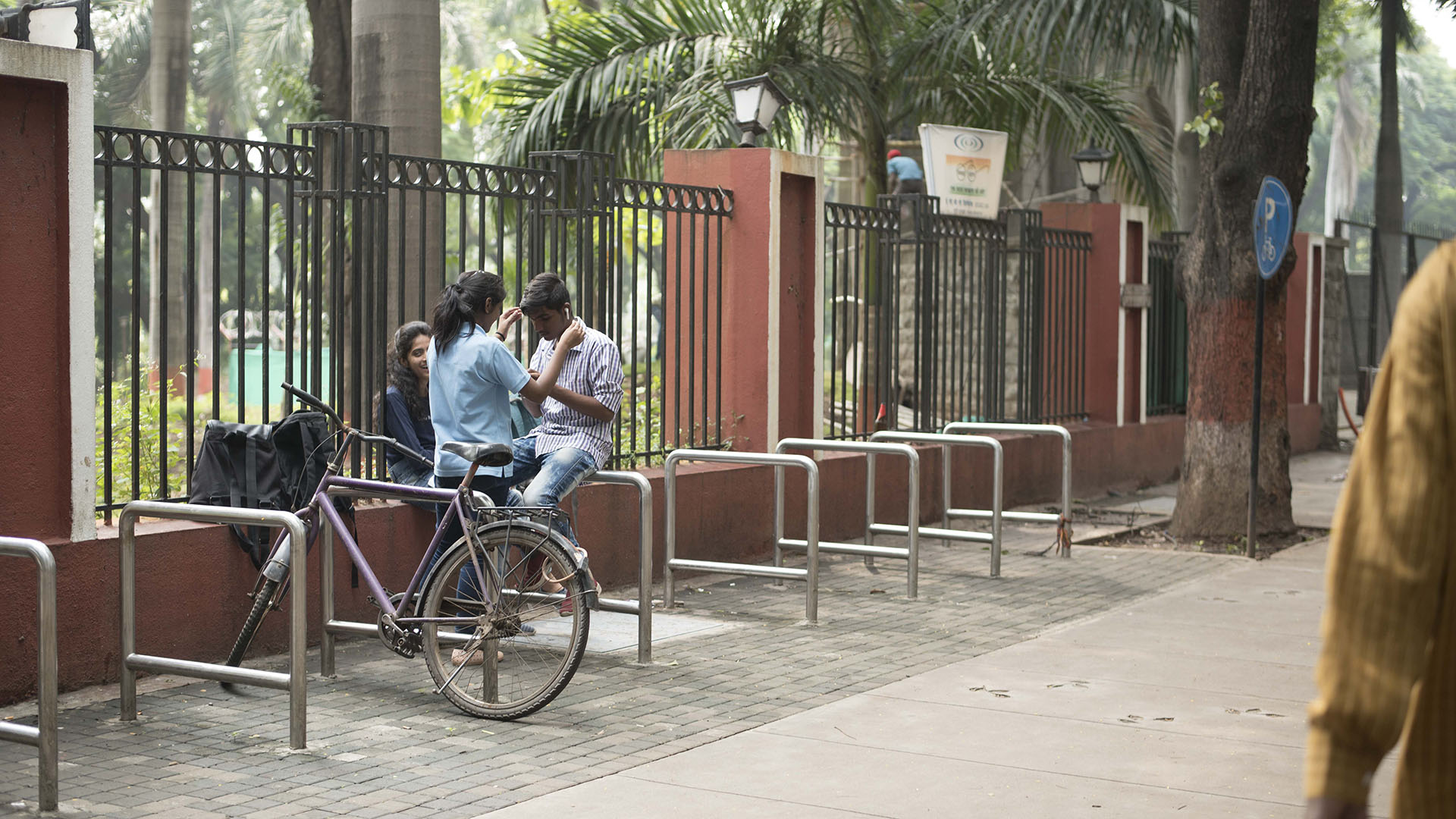 In Dar es Salaam, Tanzania, implementation of the BRT system brought major mobility improvements. Citizens of Dar Es Salaam face long commutes, sometimes totaling two to three hours in one direction. Many of these commutes involve a combination of walking and public transit, and they are hindered by a lack of regulations surrounding public transit and safety concerns for pedestrians. 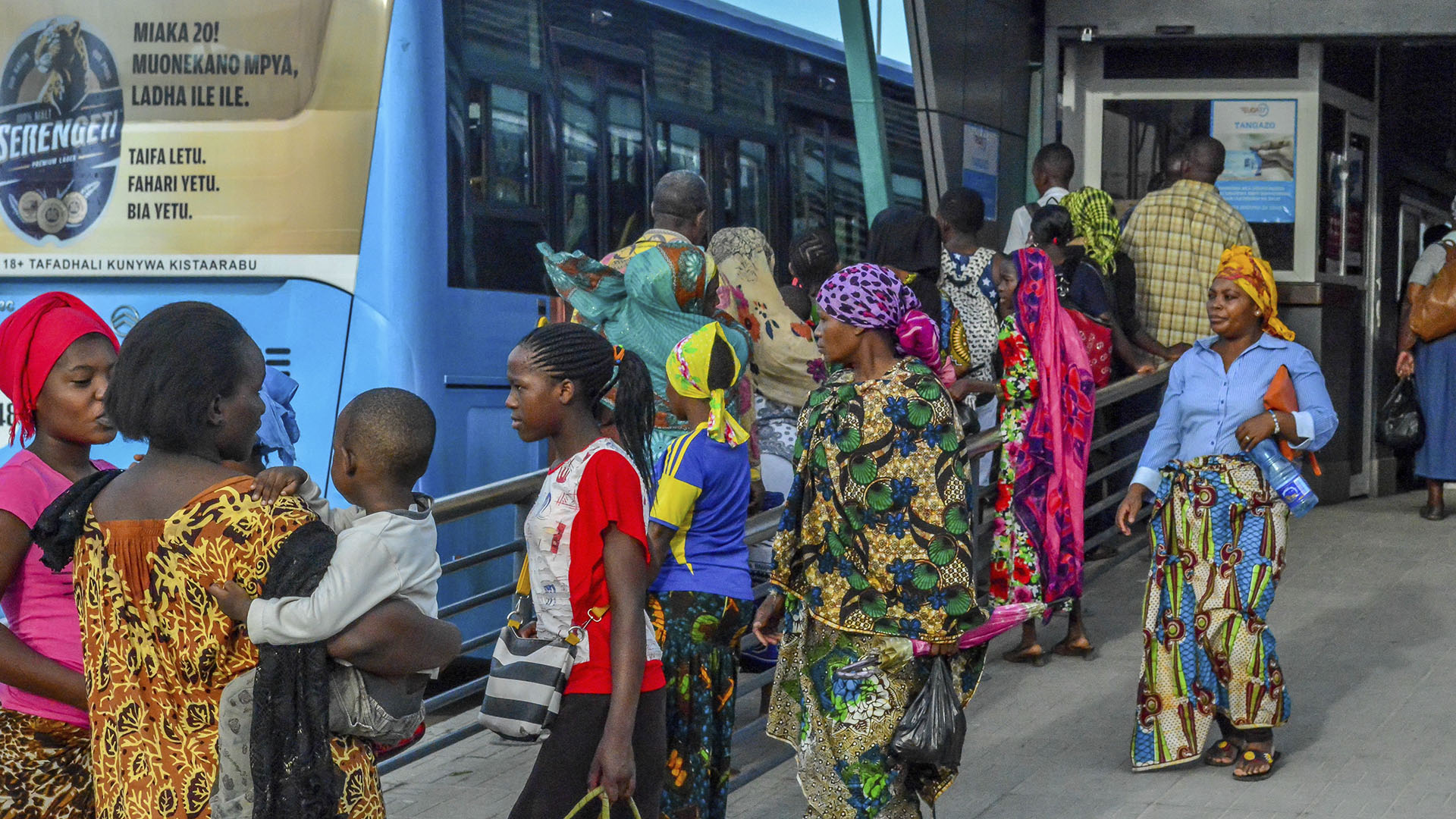 Since its 2016 inauguration, the Bus Rapid Transit system in Dar es Salaam has curbed these issues by providing essential services and shorter, safer trips for the people living in residential clusters farther away from the economic activity and jobs. The BRT corridor was planned for the most dense areas of Dar Es Salaam, improving access for a high number of residents and encouraging high transit ridership. The corridor also runs through many mixed-used areas in the downtown, connecting riders to a wider array of services in the city. Pedestrian improvements around the BRT corridor and stations included safe and accessible crosswalks, shorter pedestrian blocks, and upgraded walkways. Today, women, children, the elderly, and people with disabilities have much safer and easier transit options. 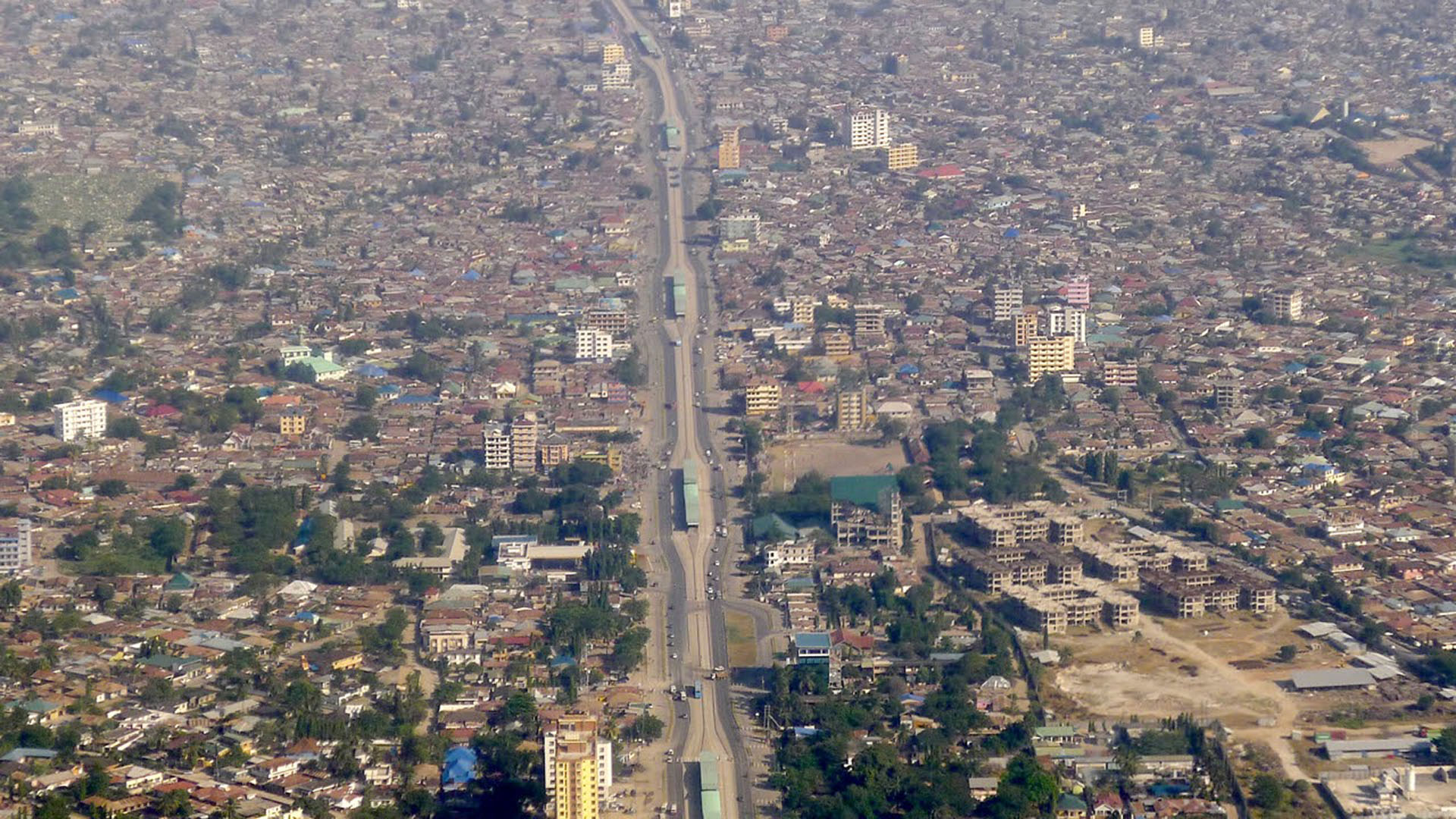 In the Bronx’s Melrose neighborhood, the grassroot advocacy efforts of the local community successfully secured inclusive housing and a more vibrant environment for the residents. 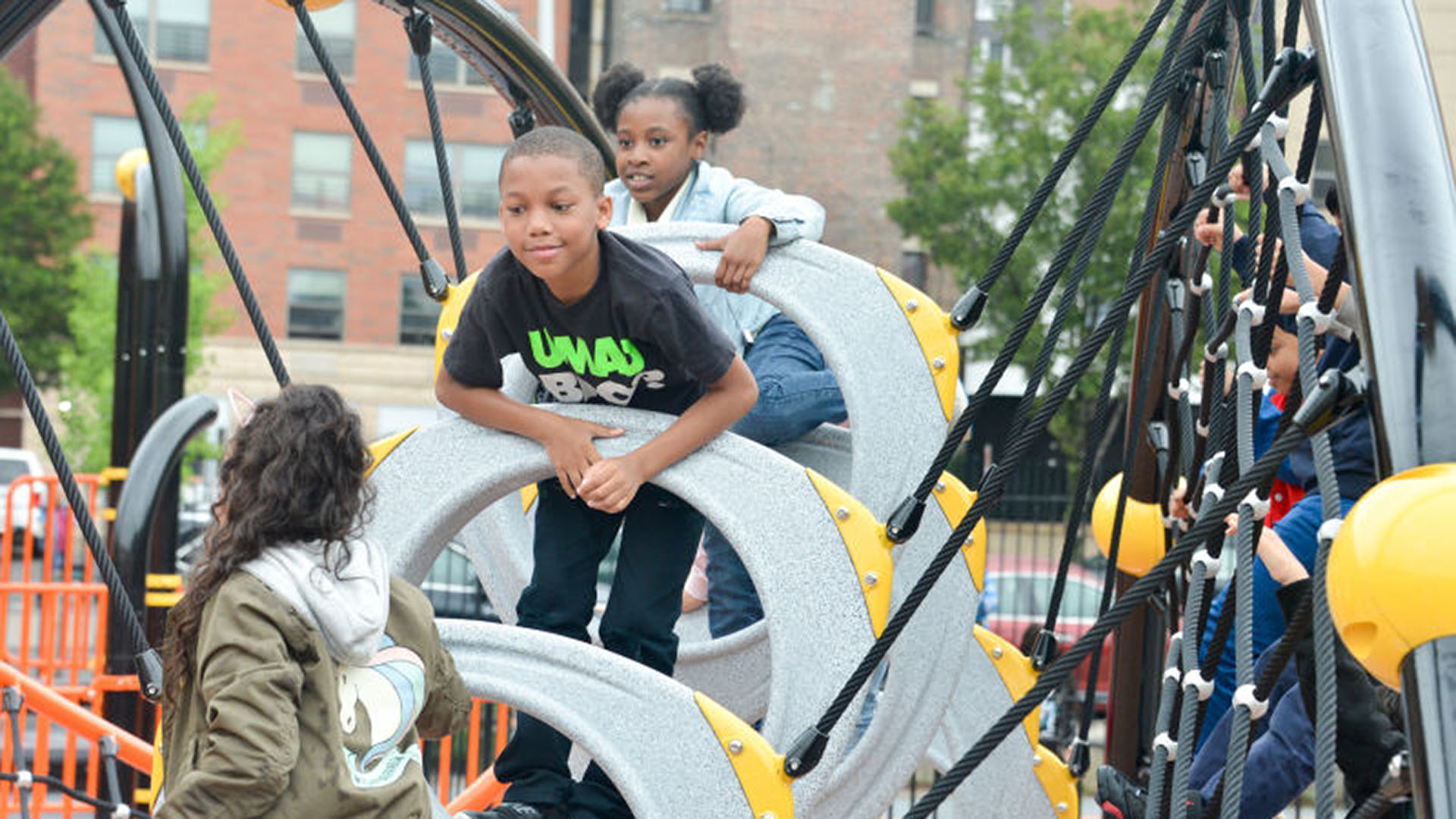 Originally, the Melrose Commons Urban Renewal Area would have displaced many Melrose residents and diluted the community’s identity in favor of suburban-style car-oriented development focusing on middle-income families. Thanks to the effort of the local grassroot organization Nos Quedamos (“We Stay” in Spanish), the project spurred mixed-use development and housing options for people of different socioeconomic backgrounds. The 30-block area in the South Bronx Plan instituted provisions for affordable housing that prioritize livable units for low- and very-low-income families and individuals and improved mass-transit service. It also encouraged retention of some underutilized spaces, turning them into open space and community gardens. 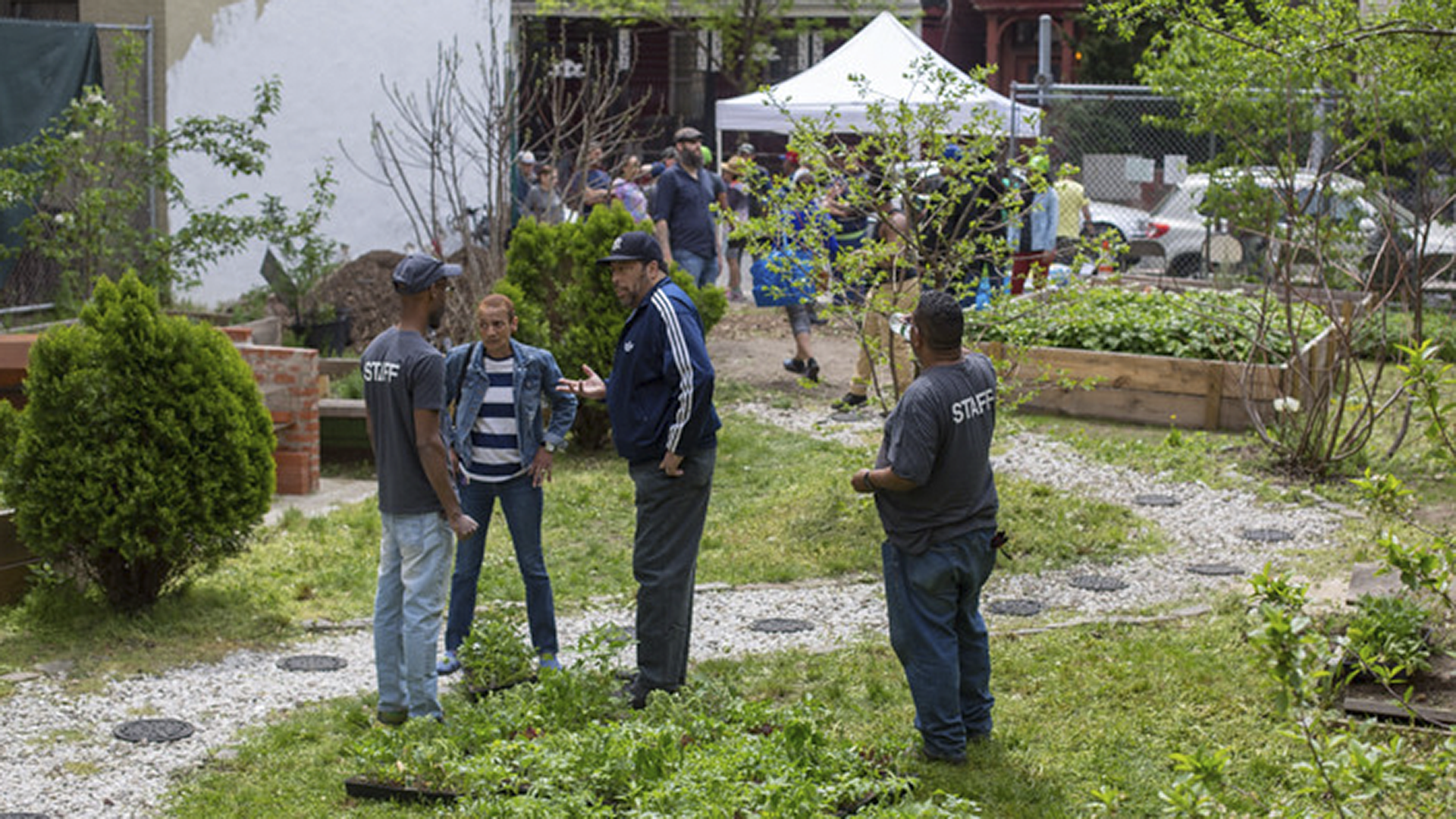