TOD, or Transit-Oriented Development, benefits people, cities, and the environment. Its benefits are interrelated, as it is a comprehensive and holistic approach to development.

TOD is good for the people who live in cities and neighborhoods developed on the principles of inclusive access because their needs are at the center of the design of sustainable transport modes, neighborhoods, and spaces. It promotes health and safety, and it can bolster socioeconomic equity. For babies and toddlers, a group especially susceptible to impacts of motor vehicles, TOD creates neighborhoods where they can grow healthy and where their caregivers can find resources locally. For the cities, TOD brings innumerable benefits for resource efficiency and economic development. It also bolsters the overall resilience of cities and reduces susceptibility to climate change. For the environment, TOD helps mitigate sprawl-related impacts such as greenhouse gas (GHG) emissions or degradation of natural habitats.

TOD is good for babies, toddlers, and their caregivers

TOD enables healthy development in young children and improves the quality of life for all family members.

Babies, toddlers, and other young children are particularly vulnerable to car exhaust, noise, and traffic. Car traffic is detrimental to their immediate well-being and long-term brain and organ development. TOD promotes healthier environments in which children can play and interact safely with their caregivers because they are not directly affected by motor vehicles. Excellent pedestrian infrastructure enhanced by activity in the street frontage, both of which are key elements of TOD, encourage walking and cycling for babies, toddlers, other young children and the people who care for them. By creating a quieter and more engaging environment that children can explore safely, like open spaces and slow streets, TOD allows for more social interactions among children and their caregivers, which is crucial to children’s social, cognitive, and physical development.

The way the environment is built, whether planned or unplanned, also affects the ability for caregivers to satisfy the frequent needs for interaction, play, and healthy nutrition for their babies and toddlers. Healthy nutrition is the most basic daily need for growing babies and toddlers, but low-density urbanization creates food deserts and lack of local activity (Hamidi, 2020), both of which are detrimental to families and the development of young children. Without local activity, caregivers are forced to travel farther to access fresh food, daycares, healthcare services, and open spaces that young children need frequently. This is a major concern for caregivers, whose travel related-stress can impact their health and their ability to care for their children. More compact neighborhoods are more likely to support and sustain local business and activity because more population density triggers more demands for essential services and facilities locally.

Learn how TOD relates to the livelihoods of babies, toddlers, and caregivers by visiting the TOD Standard Framework page or downloading the Complete Neighborhoods for Babies, Toddlers, and Their Caregivers guide. 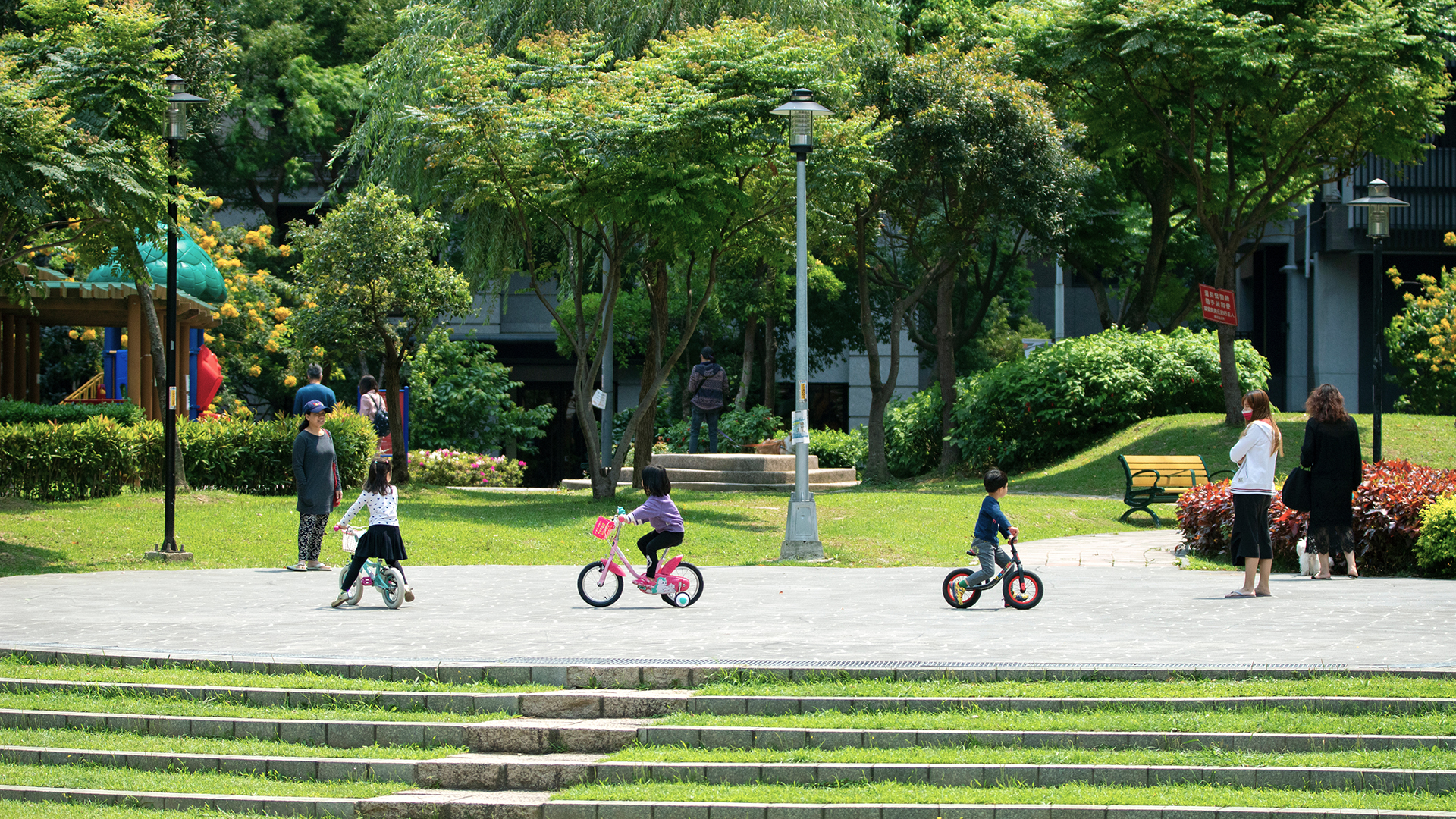 TOD is good for the environment

TOD minimizes the impact of sprawling development on the environment.

Land consumption directly caused by sprawl causes the degradation of precious natural resources and habitats. Worldwide land consumption has outpaced population growth (UNSTATS): For example, in Mexico, land area occupied by major cities has expanded over seven-fold between 1980 and 2010, while the population grew two-fold. This horizontal growth eats away land from other productive uses, like agriculture, while also damaging biodiversity and natural habitats. Denser development prevents sprawl and land degradation, enabling cities to protect natural habitats. 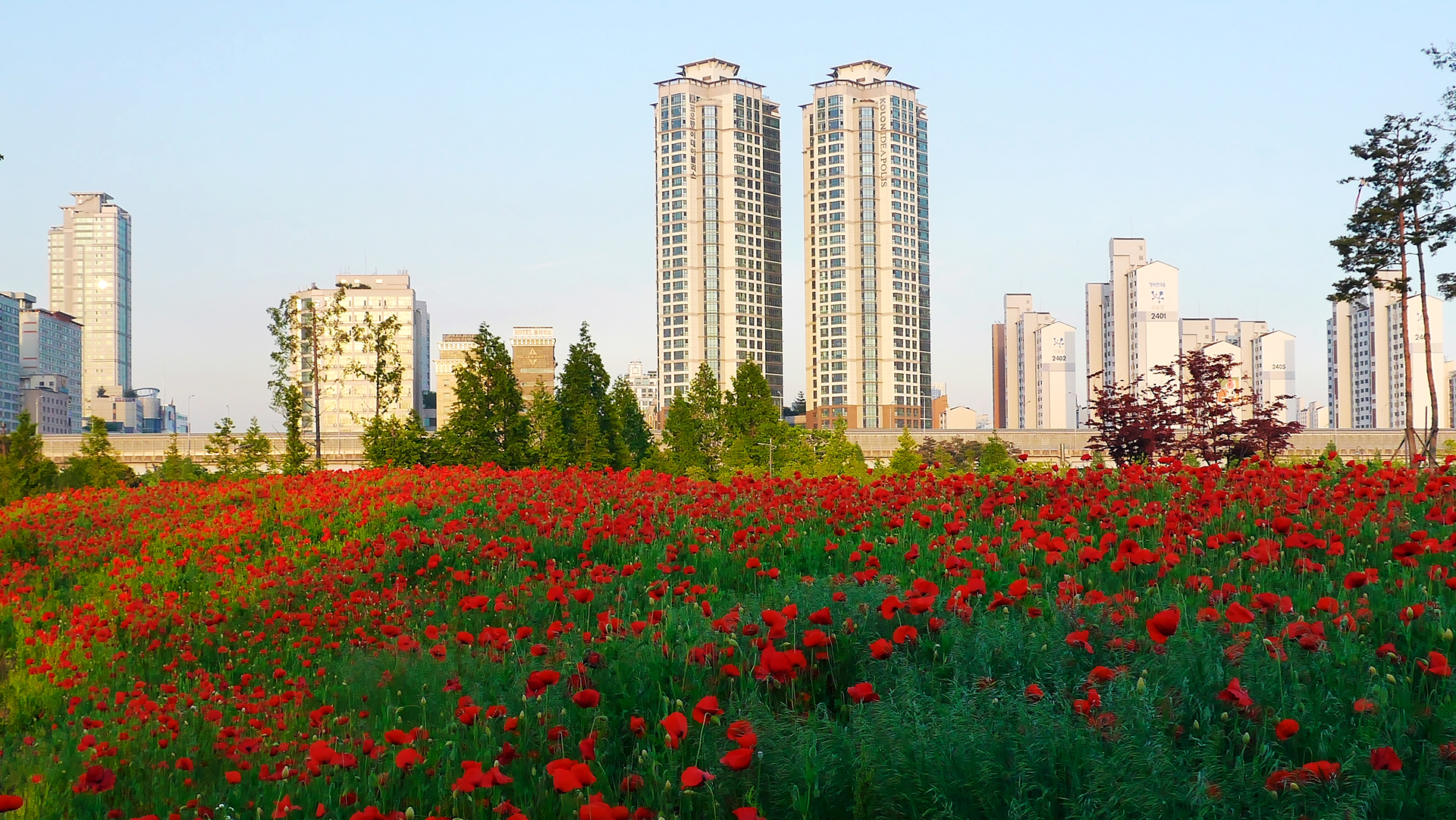 In many cities in the world, a shortage of affordable housing options makes it harder for people to find and secure a safe and affordable home. As a result, lower income and marginalized people are often pushed or displaced to underserved outlying areas, where they often lack access to jobs, educational opportunities, and basic services, or long commutes to reach them. Caregivers that move around with young kids are also less likely to access essential services for child development if they require long strenuous journeys. Marginalized and lower income people may live in lower cost housing, but they pay for it in a lack of access and / or increased travel times and costs. If they cannot afford to pay for transport, then they will be more likely to walk long distances to access those essential needs and jobs.

By ensuring a good walking environment and linking to high-capacity transit, TOD prioritizes the modes that many low-income people, marginalized groups, women, and caregivers use daily. By ensuring that low-income and informal neighborhoods have access to essential services and needs, TOD reduces the time burden to travel to destinations, especially important for time-constrained caregivers. Most importantly, with TOD, mixed-income and mixed-use development make it possible for people of all income levels to live within walking distance of basic services, jobs, and transit.

TOD does not, however, inherently secure tenure for local residents and businesses and it does not automatically create housing for low income people or protect from gentrification. Planning for equity needs to be integrated in TOD policies in concert with all the other benefits. For example, measures facilitating affordable housing can include tactics such as reduction in parking requirements that lower construction costs. When implementing TOD, displacement is often a concern that should be addressed. Measures protecting small and local businesses and residents preserve important social ties and build social resilience, keeping neighborhoods affordable for all. 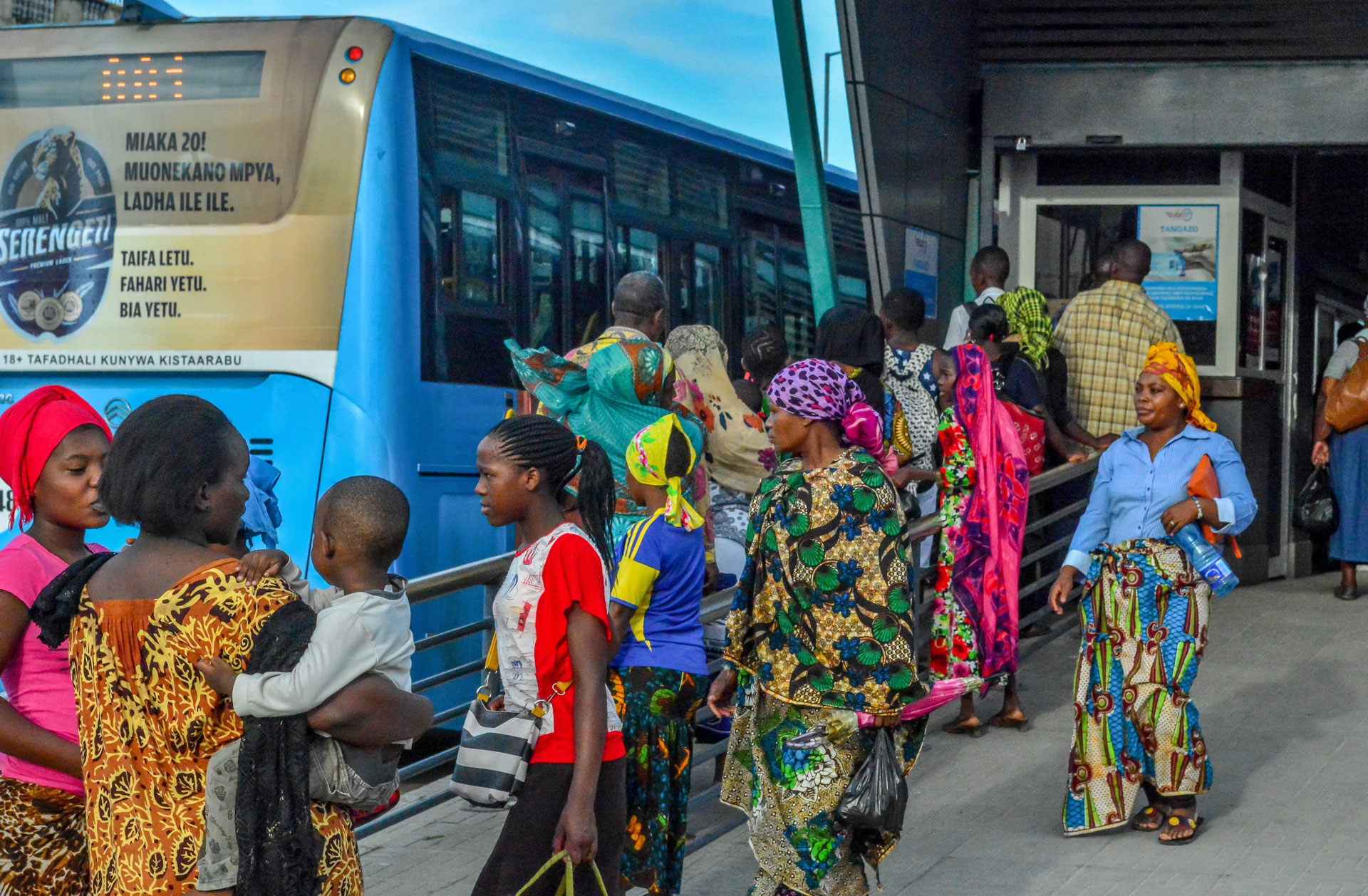 Highly motorized neighborhoods expose residents to more air pollution, and this causes dangerous health complications for children, among them asthma and developmental issues. A study reports that children living within 75 m of a major road had a 50 percent greater risk of exhibiting asthma symptoms than were children who lived more than 300 m away (USC News, 2006). Through matching density of people with density of activities, TOD reduces motor vehicle use and the resulting air and noise pollution.

As sprawl drives more car use, it also reinforces longer commutes and inactive forms of transportation. Long periods spent sitting in a car and lack of activity can cause obesity and many related health problems. It can also impact mental health, causing anxiety and depression due to stress and lack of social interaction. Walkable cities enable physical activity, outdoor engagement, and social interaction, all of which can improve mental and physical health. 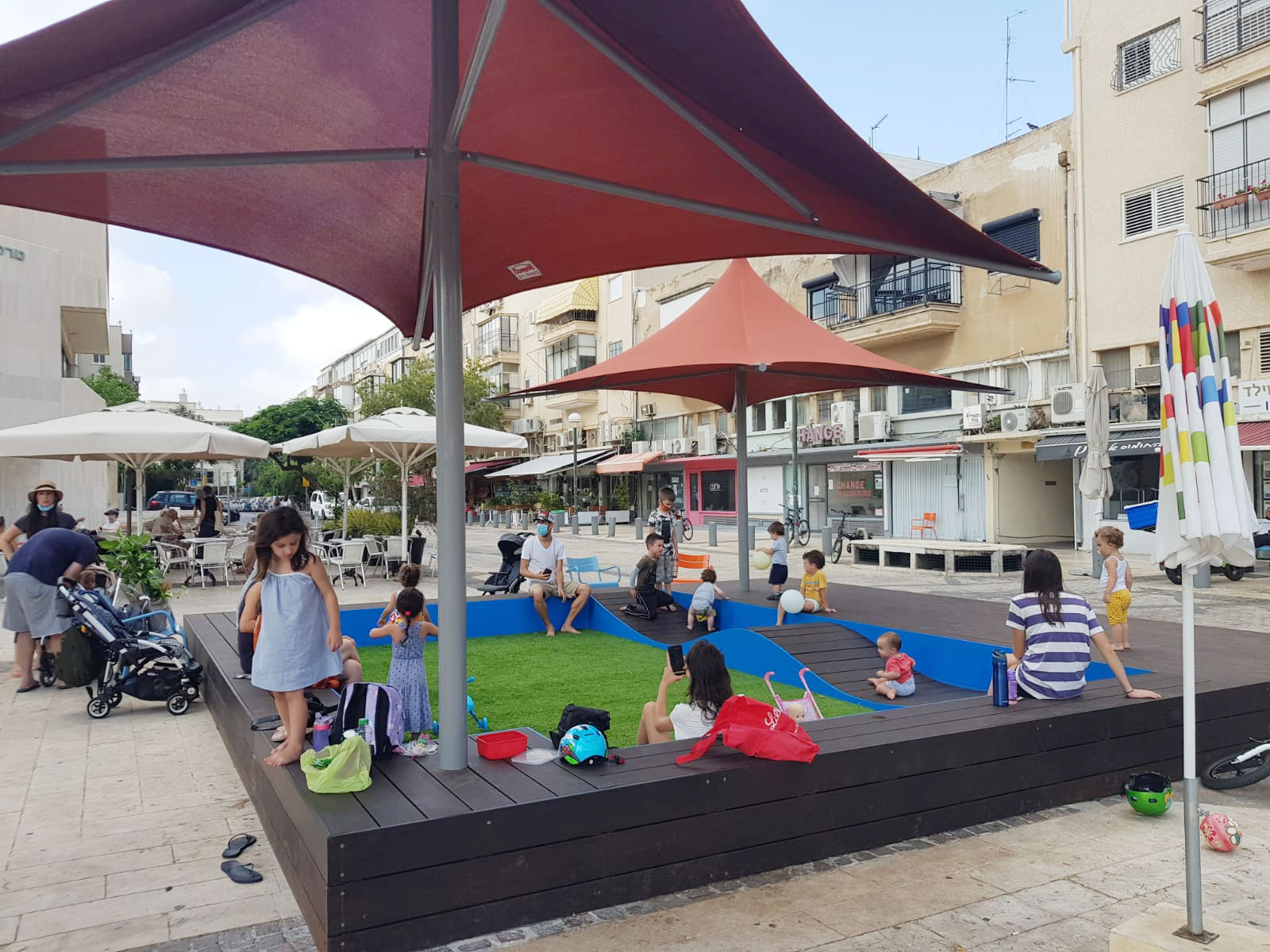 Sprawling cities require more car trips, and with more reliance on cars, cities often focus on car infrastructure to the detriment of people walking and cycling.

Traffic is dangerous for cyclists and pedestrians, especially on streets that lack priority infrastructure for them. WHO reports that road traffic crashes kill 1.35 million people globally every year (2019), and majority of the victims are pedestrians and cyclists. Road traffic injuries are the leading cause of death for children and young adults aged 5 to 29 years (2020). Additionally, road crashes cause between 20 million and 50 million nonfatal injuries every year contributing to more people living with disabilities (2009).

Transforming cities through TOD reduces the need for cars, and in turn the possible risk of road injuries. When people are centered in design of neighborhoods and streets, streets are safer: With every 1% increase in compactness, fatalities decline by 1.5% (Ewing et al., 2016). Moreover,TOD increases what is referred to as the “safety in numbers” effect, where an increased presence of pedestrians and cyclists leads to even safer streets for all. Protected cycling and pedestrian infrastructure, shared streets and complete streets take space from cars and allocate it to sustainable transport modes, open spaces and local activity. This then creates safer and more enjoyable conditions for walking and cycling. 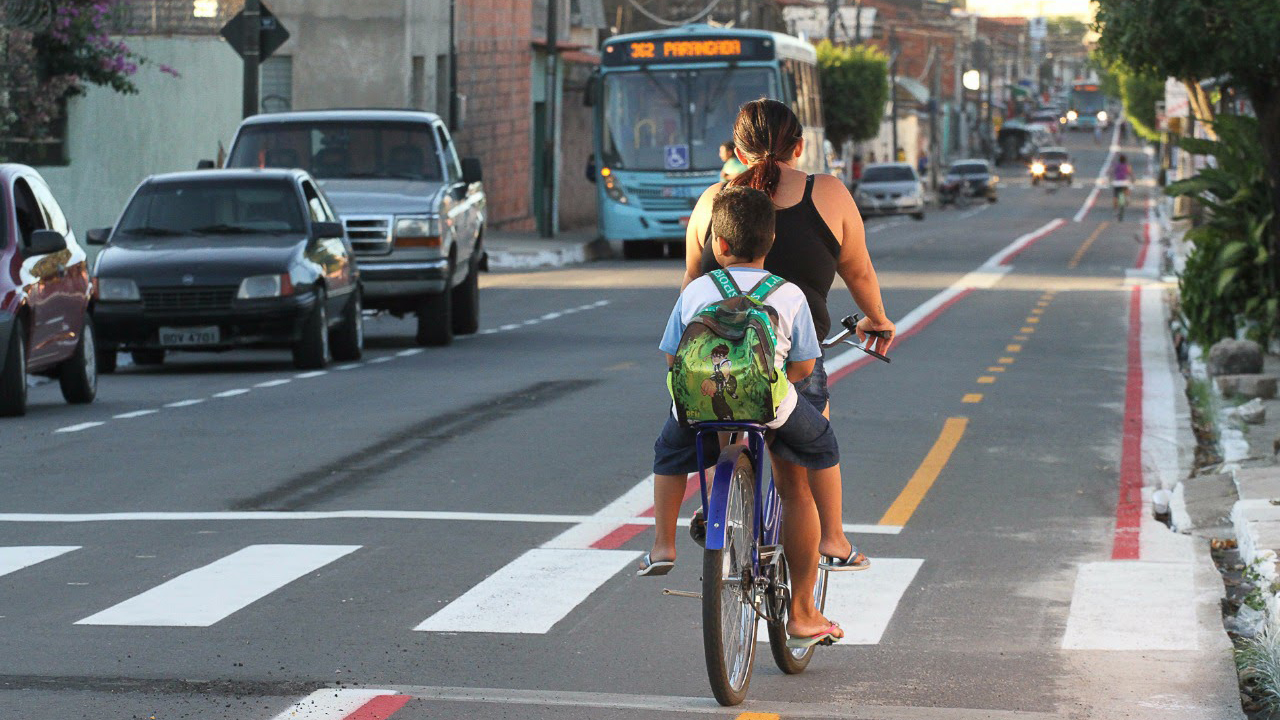 TOD encourages efficient use of resources, productivity, and budgetary savings for cities.

Cities with more sprawling urban forms have lower efficiency and productivity, which waste time, space, money, and labor power that could otherwise benefit the environment, public good, and cities’ economic growth. Cities can save resources, money, and time when they grow and transform into compact urban forms.

City expenditures for constructing and maintaining public infrastructure are higher in sprawling cities. In the US, the cost of sprawl is estimated at $3,000 USD per capita annually and $1 trillion USD in total (2015). With a more compact approach to urban growth, cities could reduce infrastructure capital requirements by more than $17 trillion between 2015 and 2050 globally (The New Climate Economy).

Public transport is also more costly and inefficient to build and operate in low-density cities because there is not enough ridership or jobs and retail to support it. Without enough density, the extra operational costs tend to be transferred onto the user which makes transit expensive. Public transit is more viable when integrated with land development (TOD) because it provides enough people and activity to support it, and it also creates financing opportunities from the property taxes.

Low-density development requires additional land for car-oriented streets and parking. This not only consumes urban space but increases the cost of construction of residential and commercial uses. TOD offers sustainable transport options to people living around and eliminates the need to own a car or built infrastructure to accommodate cars. In Mexico City, and Rio de Janeiro, parking reforms reduced construction costs and made provision of affordable housing more viable (ITDP).

Sprawling cities have lower productivity because they have a smaller skilled labor force within a reasonable commute. Long commutes correlate with fewer skills that people can acquire, because education and training facilities are farther away. This poses serious equity issues: Lack of access to training and employment opportunities reinforces the poverty cycle in which many living far away from city centers are already trapped. For example, in Mexico City, travel to labor markets consumes as much as 25 percent of daily wages (Cervero, 2013), and about 20 percent of workers in Mexico City spend more than three hours traveling to and from work each day (2009). Higher density increases economic productivity by locating goods and services closer to consumer markets and a readily available workforce, enabling more robust economic activity. Even with decentralization of job centers and telecommuting, local services are better supported in denser areas. 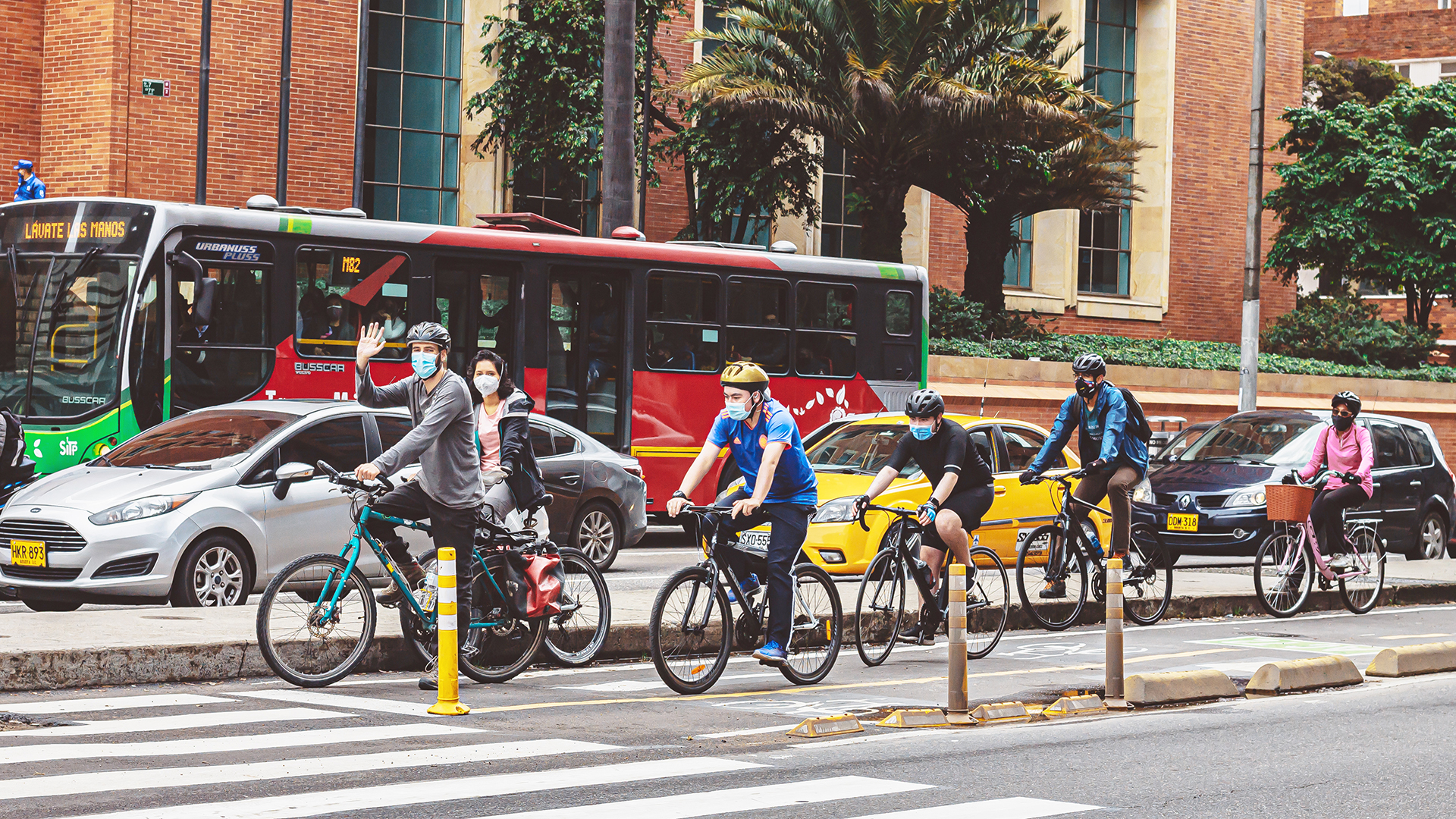